Our experts will reply you very soon.

* Mentioned prices may vary depending upon date of travel, hotel availability, surge pricing and seasonal rush.

Inclusions:
Colombo - 2 Nights in Ozo Hotels
Kandy - 1 Night in Earl's Regency Hotel
Bentota - 2 Nights in The Surf
Daily breakfast except the day of arrival
Transportation by AC Vehicle
Services of English Speaking Chauffer Guide
All Hotel TaxesAir Fare
Lunch and Dinner throughout the tour
All entrance fees to sites
Any other services not specified above
Visa and Insurance
GST06-0131-03

Airport to Hotel in Colombo 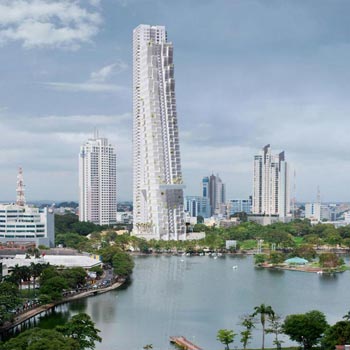 Meet and assist on arrival at Airport by Aitken Spence Travels Representative.
Transfer to Hotel and Overnight stay
Day 2: 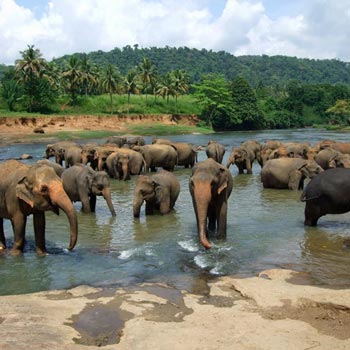 Breakfast at hotel. Transfer to Pinnawala from Colombo.
As you enter the 25 acre coconut property, do not be surprised to witness baby elephants being bottle fed or moving around freely causing absolutely no harm to anyone. It is rightly a sincere sight to observe how these gentle giants - orphaned and sometimes three-legged - are taken care of since 1975 at Pinnawala Elephant Orphanage. Up to date, over 20 calves have been born here, and it is surprising to hear that some of its inmates have even seen their grand children during the past few decades! Watch as they feed at 9:15 am, 1:15 pm & 5:00 pm and take a river bath twice a day at 10:00 am & 2:00 pm respectively for an experience that could never be felt anywhere else on earth!
Transfer from Pinnawala to Kandy.
Last ruled by King Sri Wickrama Rajasinghe - before it was brought under the British rule in 1815, Kandy - the World Heritage Site & last royal capital of Sri Lankan kings - crafts an array of culture, history and heritage in the minds of visitors across the globe. Experience an ancient Kandyan legacy engraved around its crown jewel, the temple of the sacred tooth relic of Lord Buddha. A stroll across this small lakeside town - cradled among the misty hills - will feature the Kandy City Centre - bundled with latest and world class brands, bazaar, an arts & crafts centre, as well as a gem museum & lapidary.walk in color as you glide through fresh fruits and vegetables in the Kandy market. Fine tube your evening by stepping to the beat of traditional music & drumming amplified by a cultural show enhancing the rich and vibrant culture of the Wonder of Asia, Sri Lanka. 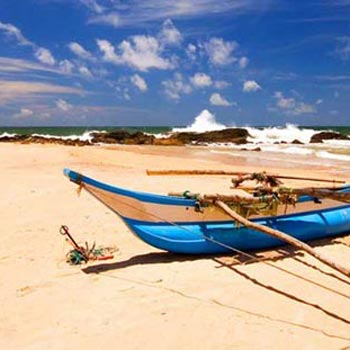 Breakfast at Hotel. Transfer from Kandy to Bentota.
Rest of the day at leisure and overnight stay
Meals : Breakfast
Day 4: 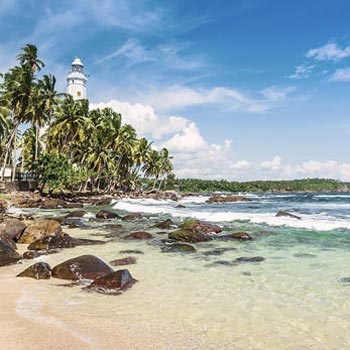 After breakfast, transfer to Bentota to Galle.

Galle, the epic Southern capital, is the intersection where classic Dutch architecture meets a tropical setting creating a vivid atmosphere in beauty. Walk the Dutch-haunted streets listening to the creaks of wooden saloon doors and observe how European architecture mingles with South Asian traditions today flooding cultural enthusiasts on a global scale. Its original ramparts and bastions preserved up to date showcase evidences of a heritage preserved for more than 3 1/2 centuries. Walk clockwise within the fort to observe the 'old gate' carrying the British coat of arms. Flanking the old gate is the Zwart bastion - the oldest of all - and the lighthouse standing 18 feet in its glory next to the Point Utretcht Bastion. This Dutch bliss is painted with streets that spread in a rectangular grid pattern pierced with houses carrying Dutch colonial style verandas. Hop into the Dutch Hospital Shopping Complex to be mesmerized by an array of souvenir selections. However, its hallmark stands a reality where the Dutch fort remains a working community with its usual buzz of administrative offices, court complex, commercial buildings, churches and Southern folks frequenting its streets bracing the air of the Elysium of architecture, Galle!

Transfer from Galle to Balapitiya.

Balapitiya is where one could just sit back and observe how ecology and culture combines under the sun! Cut through the clear water of Madu River - a lifeline of Balapitiya - and head towards Kotu Duwa, the small island housing a temple that dates back to ancient Sinhalese kings. Or, sail through tunnels of shady mangroves swaying alongside Madu River - hiding an ecological treasure - to witness the tranquility of this bio-diversity hot spot which boasts of reptiles, mollusks and over 70 species of fresh water fish. Today the region - which is strong in observing rural folk life in the island - does not only boast of cinnamon plantations in abundance, but also has a fine 'fish pedicure center' - one of the most potent & latest rejuvenation techniques. Apart from these amenities Balapitiya has also become a household name in the minds of bird watchers ensuring a thrilling offshore experience.

Transfer from Balapitiya to Kosgoda.

Both locals and international volunteers battling it out for ''Sea Turtles' Sake'' is a common sight at Kosgoda. This vibrant tourist destination sitting calm along the Southern coast of Sri Lanka - apart from its traditional industries of fisheries and cinnamon cultivation - was later recognized by the Wildlife Protection Society who studded the region with a Sea Turtle Conservation Project which operates on a formidable scale today. Indirectly, this has become a watering hole of flipper & shell enthusiasts!

Transfer from Kosgoda to Bentota. 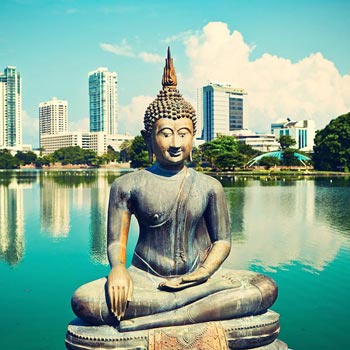 Breakfast at hotel and transfer to Colombo.

The throbbing metropolis, Colombo - located in the West - is not only the country's commercial capital, but also the turbine that impels above 50% of the national GDP flanking Colombo's fancy urban development effort. Drive along the clean streets edging the crystal white Race Course - horse racing hub in 1893 & World War II airstrip - furnished today with lavish clothing, food & tea boutiques. Meanwhile, ride to Pettah & tune into the Floating Market - an offbeat shopping experience - or feel the buzz surrounding the upcoming inspiration, the Colombo Port City - an offshore city - featuring parks, commercial complexes & even an F1 track! Head along Bauddhaloka Mawatha towards 'Arcade' facing a historic waypost, the Independence Square. Every designer boutique, top-notch cuisine outlet and even the 'walk-over fish tank', have revamped this colonial masterpiece into one of the trendiest shopping and hangout zones in Sri Lanka. Have a chilled beer at the Dutch Hospital while gazing through fancy windows showcasing best fashion, jewelry & handicraft brands. Smell the scent of incense while listening to the chiming bells of Gangarama temple. Or, jazz up to Colombo's night life spiced by night clubs & casinos that borderline its bustle. If you're lucky, head into an exhibition at the Bandaranaike Memorial International Conference Hall (BMICH) before swaying your head to an opera or play at Nelum Pokuna that should just drive your day into perfection! 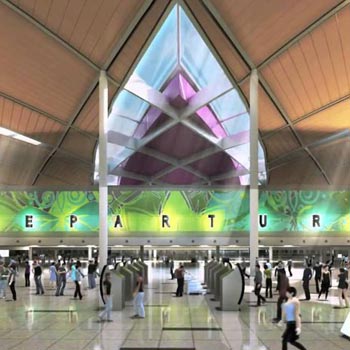 After breakfast you will transfer to Airport to board you next flight.
Meals : Breakfast